A COLLECTION OF DRAWINGS BY HENRY FUSELI R.A. 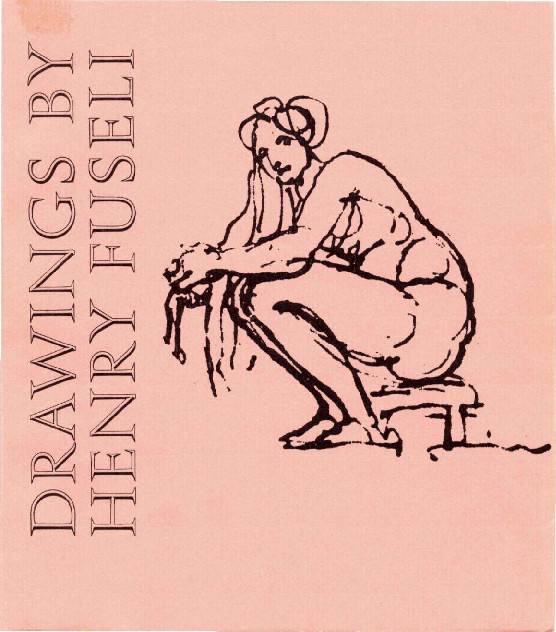 A COLLECTION OF DRAWINGS BY HENRY FUSELI R.A.

The discovery of these hitherto unknown Fuscli drawings followed the pattern that one reads about but rarely, if ever, experiences. In 1963 Mr Peter Tomory, at that time Director of the Auckland City Art Gallery, was visiting Dunedin, New Zealand. This city is almost as far as one can possibly travel from the lands of Henry Fuscli. Mr Tomory had concluded an inspection of privately-owned paintings when his hostess hesitantly remarked that they had some drawings which might be worth looking at. The works reproduced in this volume are the drawings. Time alone will tell, but it is doubtful if a more significant artistic discovery will ever occur in New Zealand again. The thirty-seven drawings were subsequently catalogued by Mr Tomory. In 1965 the owner sold the collection to the Auckland City Art Gallery. At this date it comprises one of the world's great collections of Fuseli's work, filling in at one stroke, a number of gaps in our knowledge of Henry Fuseli's historical development. Whatever happened, this major find may have been missed had not circumstances placed a trained and perceptive art historian in the critical position at the crucial time. Furthermore, that Mr Peter Tomory, now Senior Lecturer in the History of Fine Arts at the University of Auckland, has consolidated his find by research leading to this valuable publication. We are very grateful, that the Trustees of the Paul Mellon Foundation for British Art, the University of Auckland and the Council of the City of Auckland have made grants towards the cost of this publication; and to all those who have helped to bring this work to fruition.