The Life and Art of Albrecht Durer. 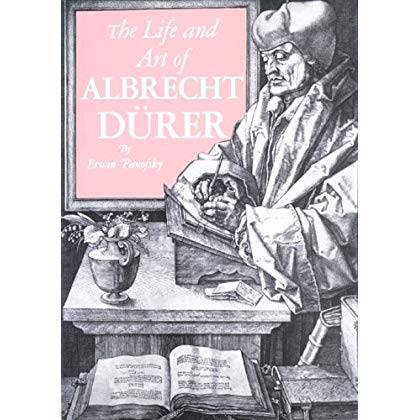 The Life and Art of Albrecht Durer.

This classic text presents the life, times, and works of Albrecht Dürer. Through the skill and immense knowledge of Erwin Panofsky, the reader is dazzled not only by Dürer the artist but also Dürer in a wide array of other roles, including mathematician and scientific thinker. Originally published in 1943 in two volumes, The Life and Art of Albrecht Dürer met with such wide popular and scholarly acclaim that it led to three editions and then, in 1955, to the first one-volume edition. Without sacrifice of text or illustrations, the book was reduced to this single volume by the omission of the Handlist and Concordance. The new introduction by Jeffrey Chipps Smith reflects upon Panofsky the man, the tumultuous circumstances surrounding the creation of his masterful monograph, its innovative contents, and its early critical reception. Erwin Panofsky was one of the most important art historians of the twentieth century. Panofsky taught for many years at Hamburg University but was forced by the Nazis to leave Germany. He joined the faculty at the Institute for Advanced Study in 1935, where he spent the remainder of his career and wrote The Life and Art of Albrecht Dürer. He developed an iconographic approach to art and interpreted works through an analysis of symbolism, history, and social factors.

This book, one of his most important, is a comprehensive study of painter and printmaker Albrecht Dürer (1471-1528), the greatest exponent of northern European Renaissance art. Although an important painter, Dürer was most renowned for his graphic works. Artists across Europe admired and copied his innovative and powerful prints, ranging from religious and mythological scenes to maps and exotic animals. The book covers Dürer's entire career in exacting detail. With multiple indexes and more than three hundred illustrations, it has served as an indispensable reference, remaining crucial to an understanding of the work of the great artist and printmaker. Subsequent Dürer studies have necessarily made reference to Panofsky's masterpiece. Panofsky's work continues to be admired for the author's immense erudition, subtlety of appreciation, technical knowledge, and profound analyses.

Subsequent reprints under the title "The Life and Art of Albrecht Dürer" were issued with some addenda and corrections. Not intended as a critical catalogue, all works in the catalogue raisonné are arranged thematically, including works the author did not believe to be authentic. The catalogue lists 107 paintings and 1,254 drawings, arranged by subject. Separate catalogues of the graphic works list 22 book illuminations, 112 engravings, drypoints and etchings, and 235 woodcuts. The graphic works are divided into works cited in the Illustrated Bartsch (see entry cited in this database) and those that are not included . The catalogue does not contain any information on watermarks, states or editions of the printed works.