ALESSANDRO FARNESE. A miniature portrait of the great General. The Duke of Parma and Piacenza portrayed by Jean de Saive 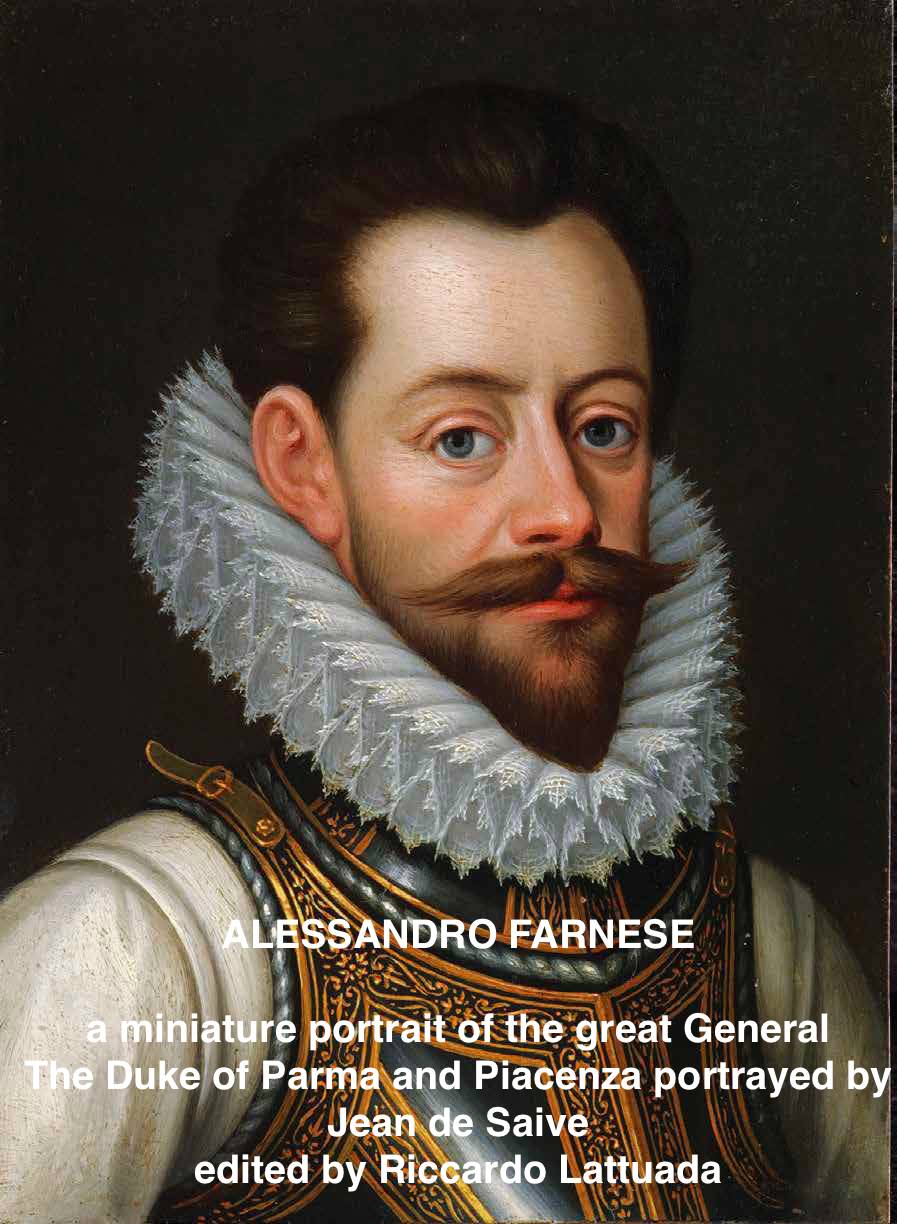 ALESSANDRO FARNESE. A miniature portrait of the great General. The Duke of Parma and Piacenza portrayed by Jean de Saive

The present essay’s aim is to provide a criticalsurvey, an attribution and an historical con-text for the discovery of a miniature portrait, whose ascription to Jean de Saive was pro-posed by the present writer. The portrait, surrounded by a sumptuous Eighteenth Century frame, is one of the rare images of Alessandro Farnese during his difficult yearsas Governor of Flanders, and it was mostprobably executed by Jean de Saive in Namurin 1581 – or in any case before 1585 – a year during which King Philip II of Spain awardedhim the Golden Fleece for his great victory in Antwerp (1585). But before delving deeperinto the discovery of the miniature, it is nec-essary to go back – if briefly - to the figure of Alessandro Farnese, whose life left an unfor-gettable mark on the history of Europe in thelast 25 years of the sixteenth century, as wellas on the history of Parma and Piacenza, anda deep mark on the present as well, and on thephysical configuration of both cities.

Alessandro Farnese (5 October 1520 – 2 March 1589), an Italian cardinal and diplomat and a great collector and patron of the arts, was the grandson of Pope Paul III (who also bore the name Alessandro Farnese), and the son of Pier Luigi Farnese, Duke of Parma, who was murdered in 1547.