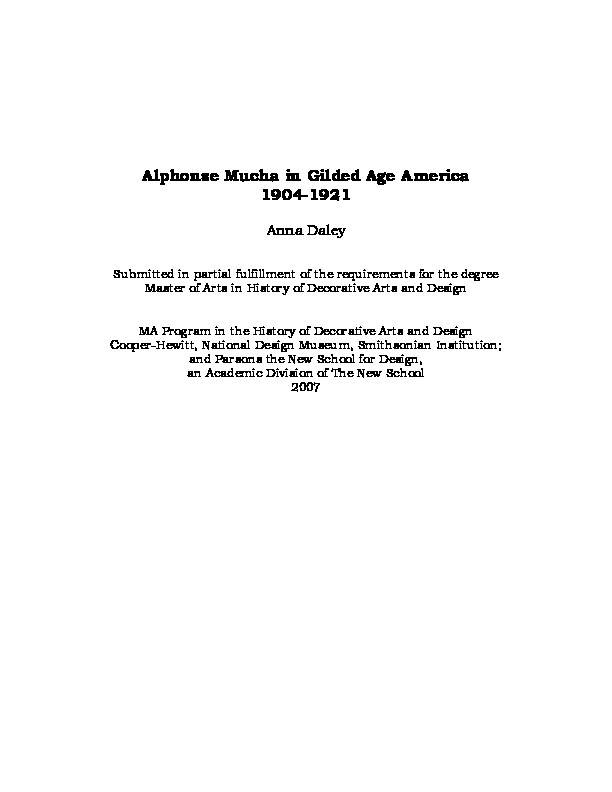 visited America between 1904 and 1921. While in America, Mucha produced

numerous and varied works of art and design products. Some of the works he

created while in America, lithography for magazine covers, concert posters, and

advertisements, were similar in composition to his most famous lithographs

furthermore, in type or media, is rarely associated with a man typically

categorized as a graphic or decorative designer. These atypical works include

oil portraits and massive panneau painted in an increasingly naturalistic and

academic style, the interior design of the German Theatre, and set and costume

designs. Perhaps his most distinctly American works, if not in composition

than in the social milieu that generated them, are his package designs for his