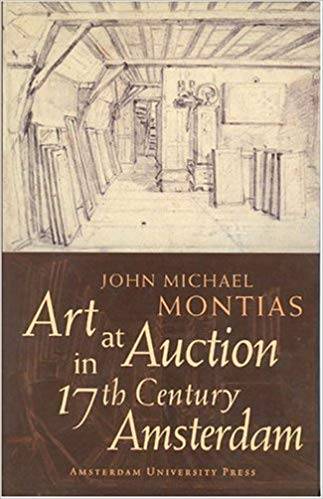 This book exploits a trove of original documents that have survived on the auctions organized by the Orphan Chamber of Amsterdam in the first half of the 17th century. For the first time, the names of some 2000 buyers of works of art at auction in the 29 extant notebooks of the Chamber have been systematically analyzed. On the basis of archival research, data have been assembled on the occupation of these buyers (most of whom were merchants), their origin (Southern Netherlands, Holland, and other), their religion, their year of birth, their date of marriage, the taxes they paid and other indicators of their wealth. Buyers were found to cluster in groups, not only by extended family but by occupation, religion (Remonstrants, Counter-Remonstrants) and avocation (amateurs of tulips and of porcelain, members of Chambers of Rhetoricians, and so forth). The subjects of the works of art they bought and the artists to which they were attributed (only the most important were attributed) are also analyzed. In the second part of the book on "Selected Buyers", three chapters are devoted to art dealers who bought at auction and four to buyers who had special connections with artists, including principally Rembrandt. To forge a link between the cultural milieu of Amsterdam in this period and the buying public, two chapters are given over to buyers who were either poets themselves or were connected with contemporary poets. As a whole, the book offers a penetrating insight into the culture of the Amsterdam elite in the 17th century.