Artists' Art in the Renaissance 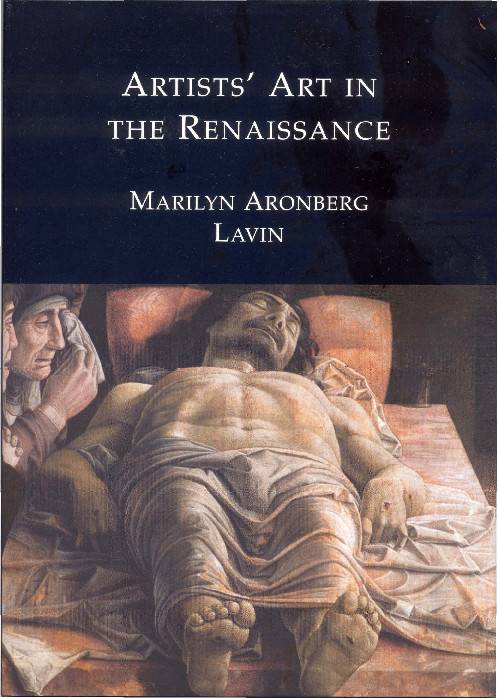 Artists' Art in the Renaissance

Study of works made not in the traditional framework of patronage and commerce but generated privately, as an expression of the artist’s most inward thoughts and feelings and kept as personal possessions. Putting together a number of examples, it become clear that such paintings and sculptures reflect a slowly evolving revision in the artists’ sense of self, a new personal experience of their own art not acknowledged in the craft tradition. Under this aegis, the shift from artisan to artist and the familiar rise in rank and social status during the Renaissance may be seen as outward manifestations of a new psychology that opened the way for professionals to make art for themselves, for pleasure, devotion, solace or even revenge.

Marilyn Aronberg Lavin has taught the history of art at Washington University, the University of Maryland, Yale, Princeton, and Università di Roma, La Sapienza. Specializing in Italian 13th16th century painting, she is internationally known for her books and articles on Piero della Francesca. Her other books include The Place of Narrative: Mural Painting in Italian Churches, 4311600 AD. , and Seventeenth-Century Barberini Documents and Inventories of Art , both of which were recipients of international prizes for distinguished scholarship. She is one of the leaders in the use of computers and digitized imagery for research, teaching, and publication in the history of art. This book offers a series of case studies intended to introduce and define an important class of fifteenth-century Italian art not previously recognized. It is argued that the paintings and sculptures discussed were created privately by artists for personal satisfaction and internal needs, outside the traditional framework of patronage and commercial gain. Since there is no direct documentation from this period of a work being privately made, the selection presented here is necessarily speculative. Instead, the essays focus on works by Piero della Francesca, Mantegna, Michelangelo, Bellini, and Titian that appear in the artists testaments, letters of refusals to sell, and inventories showing ownership at the time of death. The task at hand is to uncover the motivation and meaning of works of art in which the medieval craftsman began to rise to the status of independent artist, and the maker and the viewer confront each other face to face for the first time.

Preface
1 Pre-Oration: The Historical Beginnings
Peroration: the Artist’s Tomb
2 Lorenzo Ghiberti and the Expressive Self; Peroration: Artists Collections and the Extended Self
3 Piero della Francesca and the Joyful Self
4 Mantegna and the Consolable Self
5 Michelangelo and the Self Aware
Peroration: Botticelli and the Political Self
6 Giovanni Bellini and the Surviving Self; Titian and the Satisfied Self
7 Bernini and the Truthful Self
Post-Oration: The Artist as Such
Appendix; Selected Bibliography
Index