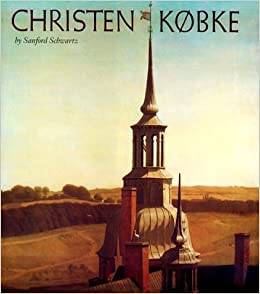 The publication of this volume is an event for anyone interested in European painting and culture. Christen Købke is the first book in English on a master painter all but unkown in the United States—indeed, barely known outside his native Denmark.

Christen Købke (1810-1848) has long been considered his nation’s finest painter, but Danes have kept him something of a secret. He has rarely been exhibited beyond his homeland, and then never extensively. The paintings and drawings here, many reproduced in color for the first time, are a revelation.

Købke painted during roughly the same years as John Constable, Caspar David Friedrich, and Jean-Baptiste-Camille Corot, and he shares qualities with each. Like Constable he was drawn to sky and clouds. Like the German Romantic Friedrich he invested his landscapes with a bleakness that is both lyrical and moody. And like Corot, Købke was a deliberative, formal painter who balanced color and light. Købke was also a portraitist of genius. His feeling for his sitters, along with his photographically precise yet painterly realism and his appreciation for the fashion of his time, gives his portraits, while small and intimate, the presence of those of Ingres, who was also a contemporary.

Christen Købke’s story is one of youthful talent and confidence, and of the difficulty of going further. A mature artist by age nineteen, he made his finest work by twenty eight. He died a few months short of his thirty-eighth birthday. The painter’s life, as presented in this illuminating biographical and critical study, is part of the larger story of Denmark’s Golden Age. During the first half of the 1800s, Copenhagen saw a blooming of talent in the sciences and , performing arts, in painting and literature, in theology and ...