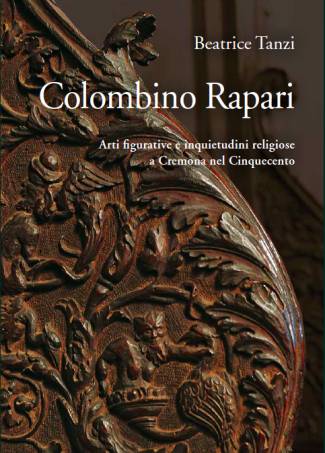 "Colombino Rapari (1495/1500 - 1570) was the Abbot of the church of San Pietro al Po in Cremona for over thirty years and three times Rector of the regular Lateran Canons. He was a crucial figure  of the Cremonese religious life when the city was dominated by heresy and was “the main centre of Lutheranism in Lombardy”. He had strong relationships with the leading figures of this order, such as Ercole Gonzaga and Marco Gerolamo Vida and was awarded with several literary honors.

In 1567 Colombino published himself the Allegationes, a collection of verdicts about a causa precedentiae arisen during the Council of Trent. He took part in the project of rebuilding of the most important Lateran sites in Valpadana and promoted the architectural reform of the church San Pietro al Po.

Besides his artistic ventures, he also designed an important construction of hydraulic engineering -  an irrigation canal which was called Colombina by his name and still goes through over 40 kms in the Cremonese area.

Colombino was not only the architect of the new church of San Pietro al Po, but was also the protagonist of the figurative renovation of the church and commissioned important artworks to Bernardino Gatti, called Sojaro, to Giuseppe Sacca, Giulio and Antonio Campi, and Cristoforo Rosa and Lattanzio Gambara from Brescia. The impressive wooden frame of the main altar, in particular, represents the highest point of the manneristic sculpture in Cremona around the mid 16th century and the manifesto of the reaffirmation of the Catholic Church against the heresy attack".