Dictionary of women artists. Volume I. 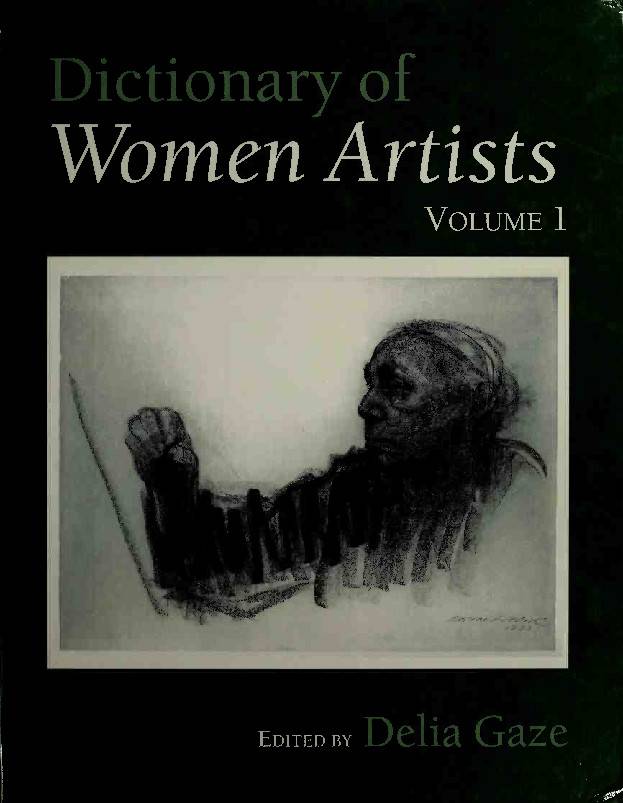 Dictionary of women artists. Volume I.

Dictionary of Women Artists is a two-volume dictionary of 600 women artists born before 1945, going back to the Middle Ages. It was edited by Delia Gaze with 23 advisors and over 100 contributors. Gaze is a writer for the Oxford DNB and wrote several biographies that were released in the 2004 edition of the ODNB.

The book is widely cited as a reference for Western women artists and has a disclaimer that it is biased towards Western artists because of the constraints imposed on the selection. The book includes a list of artists in alphabetical order and chronological order and a bibliography of sources. Preceding the biographies is a series of "introductory surveys", a product of a somewhat dated notion in gender studies that women can be grouped into categories. There are many women artists mentioned in the surveys whose biography was not included, because there was not enough documented material to fulfill the inclusion criteria. The work was meant as a follow-up to a previous reference work including 21,000 women painters, sculptors, printmakers, and illustrators by Chris Petteys, the Dictionary of Women Artists: An International Dictionary of Women Artists Born Before 1900, published in 1985. The problem with that work is that the more well-documented women were included with countless "one-liners".