Duveen: The Story of the Most Spectacular Art Dealer of All Time 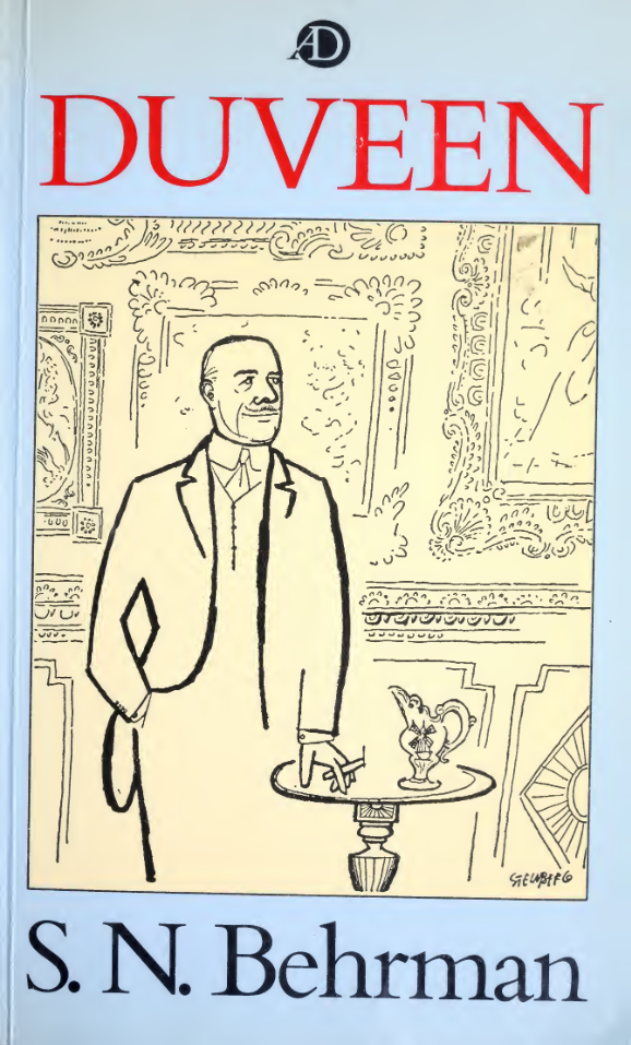 Duveen: The Story of the Most Spectacular Art Dealer of All Time

‘When you pay high for the priceless, you’re getting it cheap.’ – Joseph Duveen

Joseph Duveen was the world’s most famous art dealer. His clients were amongst the most prominent and infamous Americans of the 20th century and included Mellon, Frick, Hearst, and Morgan. If you weren’t a client, chances are you were a nobody. Famous for his charm, shrewd salesmanship, relentless pursuit of the perfect objet d’art, and his ability to command eye-watering prices – Duveen was as unique as one of his priceless Old Masters.

In this exceptional biography S. N. Behrman tells the story of Duveen’s rise to prestige, from delftware peddler to selling the greatest European paintings to the greatest American millionaires. Duveen was a skilled salesman, enticing his well-heeled and business-savvy clients with visions of cultivation through acquisition of high-culture. He even laid the foundations for the great American museums of art, including the National Gallery and the Frick Collection, by persuading his clients to bequeath their purchases to the nation.

Everyone wanted a Duveen, because a Duveen was so much more than a painting or a vase; it was a chance at immortality.

About the Author:
SAMUAL N. BEHRMAN (1893-1973), the son of a Jewish grocer, studied drama at Harvard and Columbia Universities. Before achieving success as a playwright, he worked at The New York Times, but was fired after it was discovered that the entertaining responses he was writing for the "Queries and Answers" section were to questions that he himself had submitted. He was acclaimed for the rarefied wit of plays such as "Wine of Choice," "The Second Man," and "End of Summer," and was also the author of a biography of Max Beerbohm. Upon his death, friends in show business remembered him as "the eighth of the seven lively arts."