EUROPEAN DRAWINGS - 2. CATALOGUE OF THE COLLECTIONS 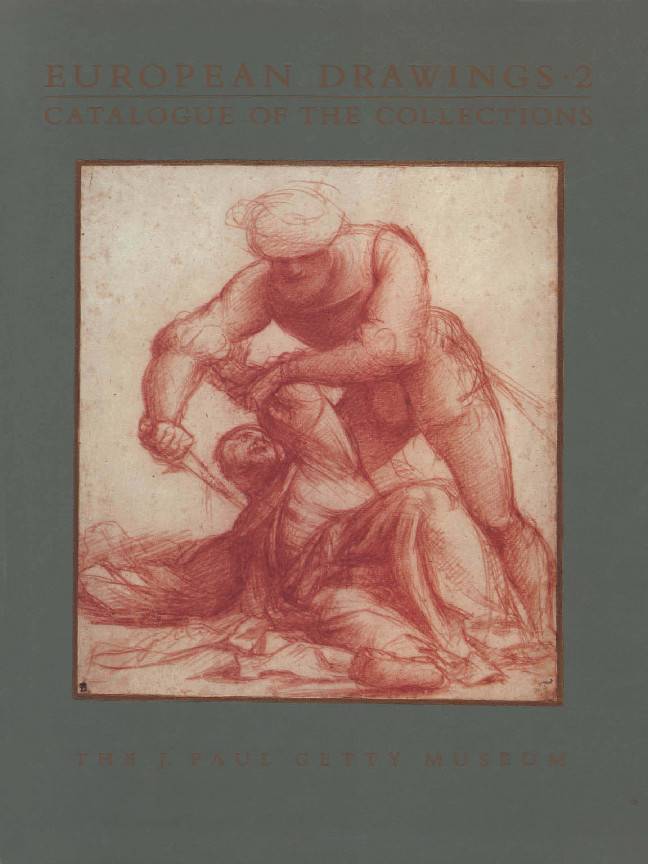 EUROPEAN DRAWINGS - 2. CATALOGUE OF THE COLLECTIONS

Here, as promised, is the second catalogue in a series devoted to the Getty Museum's collection of drawings. The first, covering acquisitions from 1981 through 1985, appeared in 1988. This one contains the 144 drawings we purchased during our second four years of activity in this field, 1986-89. We hope that readers will forgive the inconvenience of having to consult separate volumes and will feel compensated by the relatively prompt publication of this material, much of which is unfamiliar and some of which is entirely new to the literature. Despite scarcity, competition, and inflation, we have been able to make the drawings collection far stronger and more broadly based in the past four years. As a result, the four exhibitions we mount each year have become more and more diverse in subject. The curator, George Goldner, has nevertheless continued to concentrate on Italian Renaissance drawings, believing them to be the foundation of any important collection. The results are striking: a great double-sided sheet by Leonardo and fine examples by the leading artists of successive generations in Florence, Rome, and Venice—Carpaccio, Pontormo, Sarto, Titian, Parmigianino, and dozens of others. We have sometimes been able to buy drawings in groups, adding sudden strength to whole areas of our holdings, as with the half-dozen new Poussin sheets and the eighteen German and Swiss Renaissance examples that now make our collection in this field one of the strongest in America. Major draughtsmen are still the curator's main target, but he has found dozens of very fine drawings by lesser-known figures as well. The objective is to have perhaps five or six hundred drawings by the time the Museum moves to new quarters in 1996—enough for a lively, varied program of exhibitions that will be somewhat bigger than those we hold at present. Since volume i appeared in 1988, Lee Hendrix, whose work on both catalogues was invaluable, has become associate curator, Nancy E. Yocco has become assistant conservator, and Kelly Pask has become curatorial assistant. George Goldner has been put in charge of the Museum's paintings as well as drawings, a further tribute to the versatility and discernment of this remarkable curator.