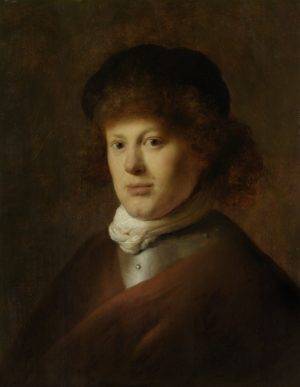 The Dutch artist Jan Lievens (1607-1674) was viewed by his contemporaries as
one of the most important artists of his age. Ambitious and self-confident, Lievens
assimilated leading trends from Haarlem, Utrecht and Antwerp into a bold and
monumental style that he refined during the late 1620s through close artistic interaction
with Rembrandt van Rijn in Leiden, climaxing in a competition for a court commission.
Lievens’s early Job on the Dung Heap and Raising of Lazarus demonstrate his careful
adaptation of style and iconography to both theological and political conditions of his
time. This much-discussed phase of Lievens’s life came to an end in 1631when
Rembrandt left Leiden. Around 1631-1632 Lievens was transformed by his encounter
with Anthony van Dyck, and his ambition to be a court artist led him to follow Van Dyck
to London in the spring of 1632. His output of independent works in London was modest
and entirely connected to Van Dyck and the English court, thus Lievens almost certainly
worked in Van Dyck’s studio.
In 1635, Lievens moved to Antwerp and returned to history painting, executing
commissions for the Jesuits, and he also broadened his artistic vocabulary by mastering
woodcut prints and landscape paintings. After a short and successful stay in Leiden in
1639, Lievens moved to Amsterdam permanently in 1644, and from 1648 until the end of
his career was engaged in a string of important and prestigious civic and princely
commissions in which he continued to demonstrate his aptitude for adapting to and
assimilating the most current style of his day to his own somber monumentality.
Lievens’s roving and acquisitive character expressed itself in his dynamic
Flemish-style landscape drawings after 1660. These much-vaunted works have drawn
attention away from how Lievens systematically fulfilled his ambitions as a history
painter. This dissertation seeks to address the imbalanced view of Lievens’s later career
by examining his character and ambitions and success in light of the language his early
patrons and biographers used to discuss his talent and self-confidence.