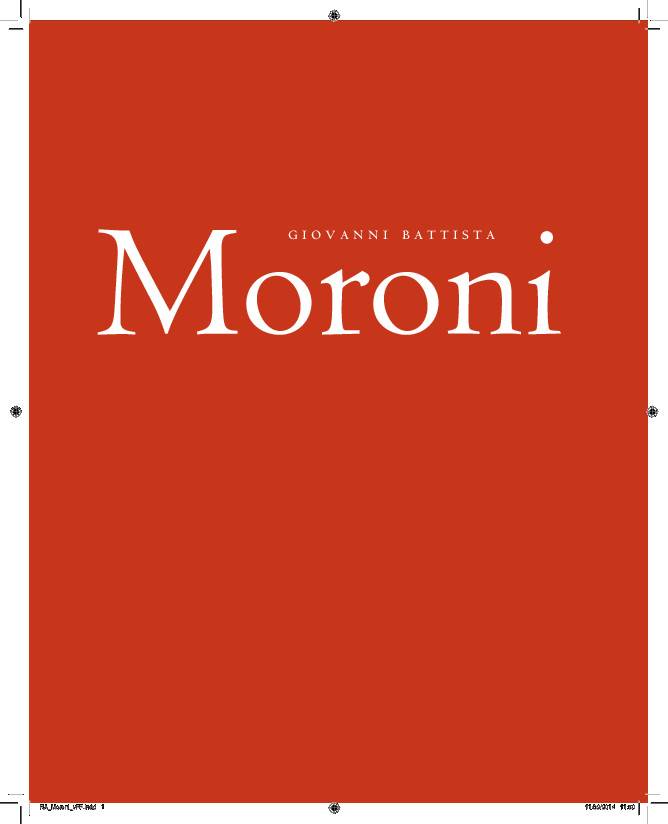 Giovanni Battista Moroni was born in Albino, in the northern Italian province of Bergamo, and spent almost his entire life in Lombardy, yet his outlook was anything but provincial. As well as the elegant men and women of high society, his portraits also depict meditative poets and members of the middle class engaged in their trades and professions. The startling naturalism with which Moroni painted his subjects contrasts with the idealising manner of his contemporaries, and, moreover, anticipates the realism of Caravaggio. The artist also painted altarpieces imbued with the spirit of the Counter Reformation and created paintings for private devotion that reflect the new religious ideals of his time. Moroni is not the best-known Renaissance artist. His work was rightly reappraised in the nineteenth century, when his unique skills were admired and his works avidly sought by major collectors and museums, especially in England. Indeed, some of Moroni’s paintings have already been displayed here at Burlington House in the Winter Exhibitions held in the late nineteenth century. The Royal Academy is proud to stage ‘Giovanni Battista Moroni’, the first major survey of the artist’s work to be presented in Britain. This is the first comprehensive monographic show on Moroni since the seminal exhibition in Bergamo in 1979, which marked the modern rediscovery of the artist. Furthermore – with the exclusion of the 1978 London display of works mainly from the National Gallery’s collection, and the small exhibition of portraits displayed at the Kimbell Art Museum, Fort Worth, in 2000 – the Royal Academy show is the first outside Italy to be devoted to Moroni. Encompassing the Lombard’s entire career, and featuring never-before-exhibited altarpieces from the churches of his native province, this is a long-overdue celebration of an artist ahead of his time. It is with pleasure that we extend our thanks to the many people who have contributed to ‘Giovanni Battista Moroni’. The exhibition has been made possible by JTI, our generous benefactor and long-term partner of exhibitions in the Sackler Wing of Galleries. We are indebted to our lenders, collectors and institutions for the important loans from all over the world that constitute this exhibition. At the Royal Academy Tim Marlow, Director of Artistic Programmes, has supported the project, which was first programmed by Kathleen Soriano and has been organised by Dr Arturo Galansino, Curator at the Royal Academy, and Dr Simone Facchinetti, Curator at the Museo Adriano Bernareggi in Bergamo. From within the Exhibitions Department, invaluable assistance has been provided by Idoya Beitia, Exhibition Manager; Katia Pisvin, Curatorial Assistant; Elana Woodgate, Exhibition Assistant; Anna Smith, Rights and Reproductions Coordinator; and Katharine Oakes, Rights and Reproductions Manager. The expertise and dedication of the Royal Academy’s Publications Department have resulted in this handsome catalogue.