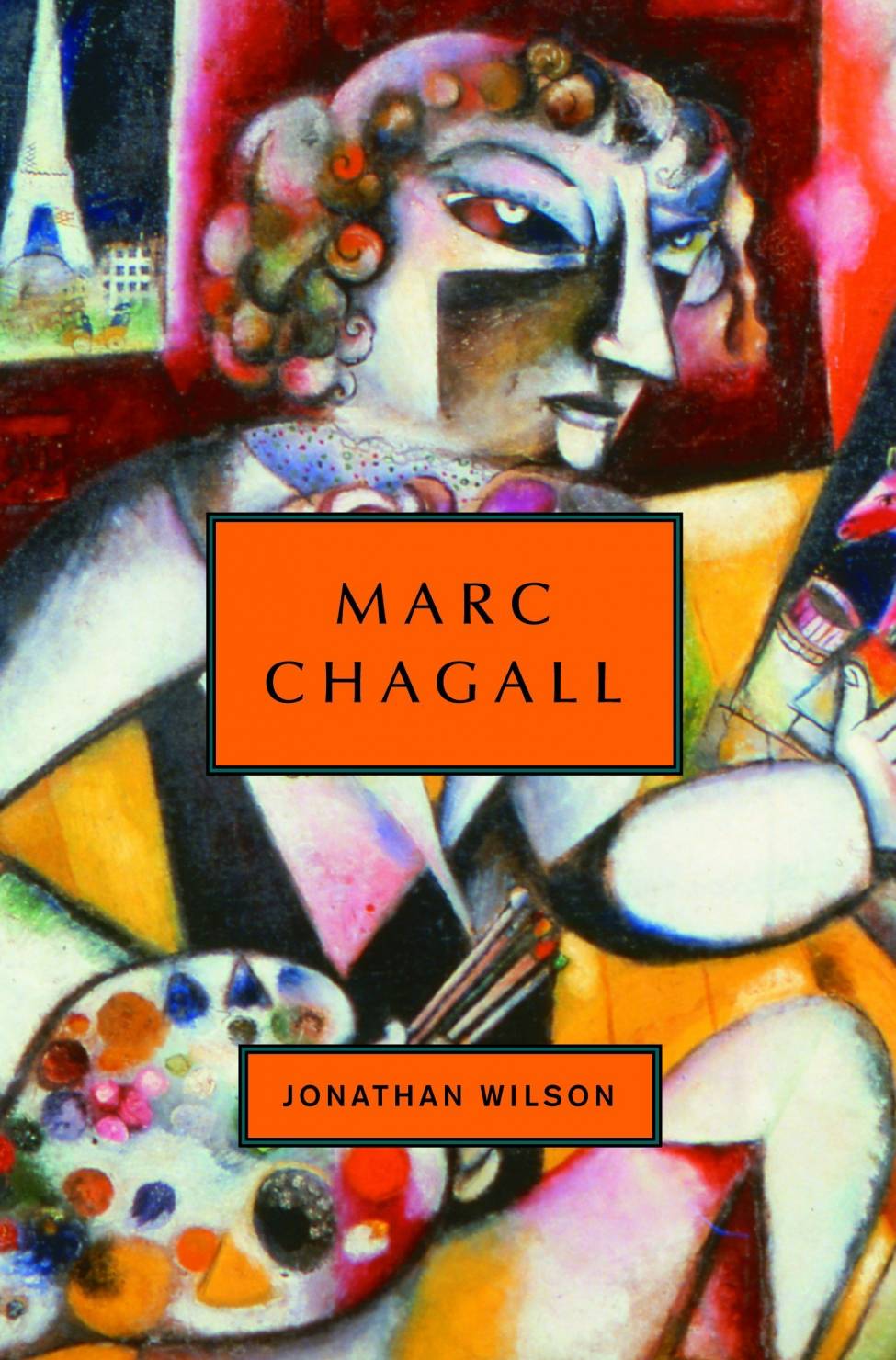 Born Moishe Shagal in 1887, the son of a poor Orthodox Jewish laborer drew lifelong inspiration from his native Vitebsk, Belorussia. Chagall became famous for painting explosively colorful rooftop fiddlers, airborne cows and lovers floating above onion-domed churches, and a tallith-wrapped crucified Jesus. A victim of anti-Semitism who was ambivalent about his role as a Jewish artist, Chagall adorned churches and synagogues with stained-glass windows and often chose Christ as his symbol of martyrdom when depicting Jewish tragedies. Chagall's road to fame is mapped out by Wilson: his exposure, as a St. Petersburg student, to Matisse's dazzling palette; feverishly productive early years in Paris, where he absorbed an array of artistic influences; his immersion in politics in postrevolution Vitebsk, where he founded an art school; his return to Paris, where the legendary Vollard became his art dealer; and his New York exile during the Holocaust, where his beloved wife, Bella, died (he lived on for four more decades). Wilson's critiques (particularly of Chagall's "slippery" identity and his work's supposed sentimentality) are familiar, and this is less a fresh biography than a synthesis of writings by Benjamin Harshav, Chagall and his intimates. But Wilson (A Palestine Affair) is an incisive, lively writer. Domestic photos are included.

Novelist and critic Jonathan Wilson clears away the sentimental mists surrounding an artist whose career spanned two world wars, the Russian Revolution, the Holocaust, and the birth of the State of Israel. Marc Chagall’s work addresses these transforming events, but his ambivalence about his role as a Jewish artist adds an intriguing wrinkle to common assumptions about his life. Drawn to sacred subject matter, Chagall remains defiantly secular in outlook; determined to “narrate” the miraculous and tragic events of the Jewish past, he frequently chooses Jesus as a symbol of martyrdom and sacrifice.

Wilson brilliantly demonstrates how Marc Chagall’s life constitutes a grand canvas on which much of twentieth-century Jewish history is vividly portrayed. Chagall left Belorussia for Paris in 1910, at the dawn of modernism, looking back dreamily on the world he abandoned. After his marriage to Bella Rosenfeld in 1915, he moved to Petrograd, but eventually returned to Paris after a stint as a Soviet commissar for art. Fleeing Paris steps ahead of the Nazis, Chagall arrived in New York in 1941. Drawn to Israel, but not enough to live there, Chagall grappled endlessly with both a nostalgic attachment to a vanished past and the magnetic pull of an uninhibited secular present.

Wilson’s portrait of Chagall is altogether more historical, more political, and edgier than conventional wisdom would have us believe–showing us how Chagall is the emblematic Jewish artist of the twentieth century.