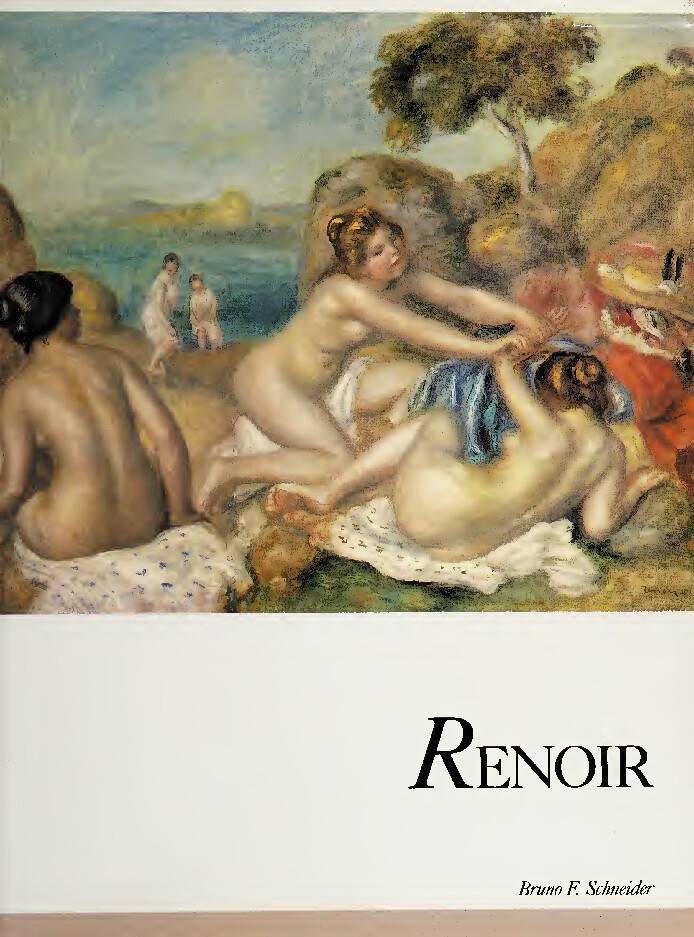 Pierre-Auguste Renoir brought to Impressionism an accent of pleasing sensuality, which gave his work its particular force and charm. Renoir’s humble family background, his choice of pre¬ dominantly human subjects, and his non- dogmatic technique (he did not limit himself to the divided color and juxtaposition of small sepa¬ rate strokes that characterized the work of the other Impressionists) all set him apart from his fellow painters and at the same time helped make him one of the most brilliant members of that school. Better than any other artist, Renoir sug¬ gested by small multicolored strokes the vibration of the atmosphere, the sparkling effects of foliage, and especially the luminosity of a young womans skin in the outdoors.

Though he was committed to the basic Impressionist conceit, Renoir was not con¬ strained by its methods. In the early 1880s, he decided that eschewing black and utilizing obvi¬ ous brushstrokes (two key tenets of Impression¬ ism) were preventing him from painting life as he saw it. This realization heralded his “Ingres” period, during which his painting reflected a more classical approach. By the end of his long career, he was integrating a variety of painting styles to produce studied yet spontaneous celebrations of life.