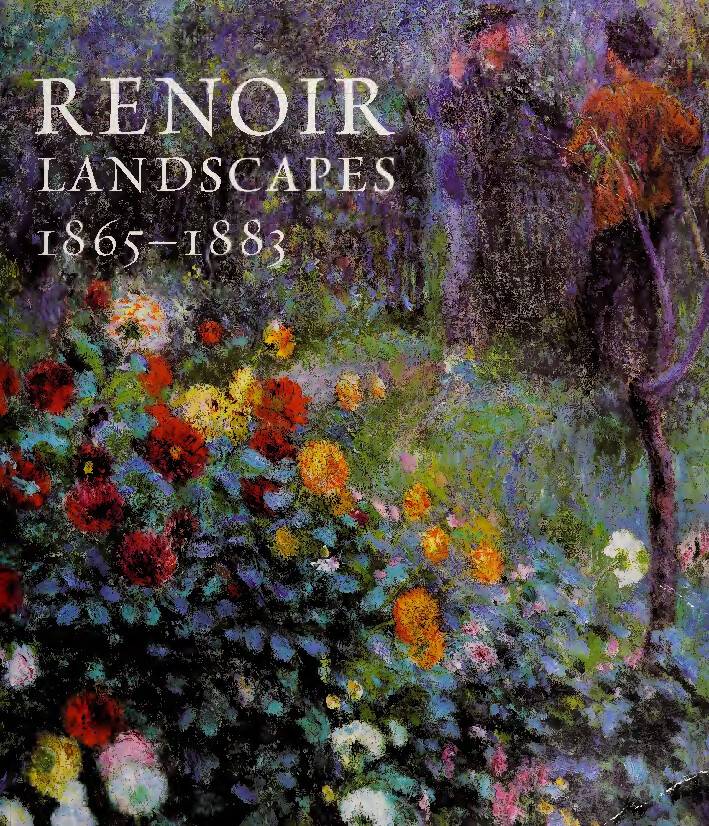 Pierre-Auguste Renoir (1841–1919) was one of the most audacious and original landscape artists of his age. Throughout his career, he continually experimented with composition, light, paint handling, and pictorial structure in innovative new ways that challenged traditional––and contemporary––painting. He taught himself by working side-by-side with fellow Impressionist masters Monet and Sisley, and in the 1870s began to define his distinctive landscape style of quick, silvery brushstrokes. By the end of the decade he had moved decisively in the direction of unparalleled painterly freedom.
This stunning book is the first to examine Renoir’s landscape art in depth, tracing its evolution from the beginning of his career through his Impressionist period and the early 1880s, when he began to incorporate new landscape motifs and new levels of coloristic intensity in paintings after traveling to Algeria and Italy. With over 200 illustrations, a detailed chronology, and bibliography, the book includes essays by highly distinguished scholars that discuss the range and importance of these works and present many fresh discoveries. They also place Renoir’s landscapes in the overall context of the genre in 19th-century France, revealing how his experiments were radical and––in ways that have not yet been fully acknowledged––influential on the later development of modern art.

Colin B. Bailey is chief curator at The Frick Collection, New York. Christopher Riopelle is curator of post-1800 paintings at the National Gallery, London. John House is Walter H. Annenberg Professor at the Courtauld Institute of Art, London. Simon Kelly is Associate Curator of European Painting and Sculpture at the Nelson-Atkins Museum, Kansas City. Robert McDonald Parker is an independent scholar of 19th- and 20th-century European art. John Zarobell is Associate Curator of European Painting and Sculpture before 1900 at the Philadelphia Museum of Art.