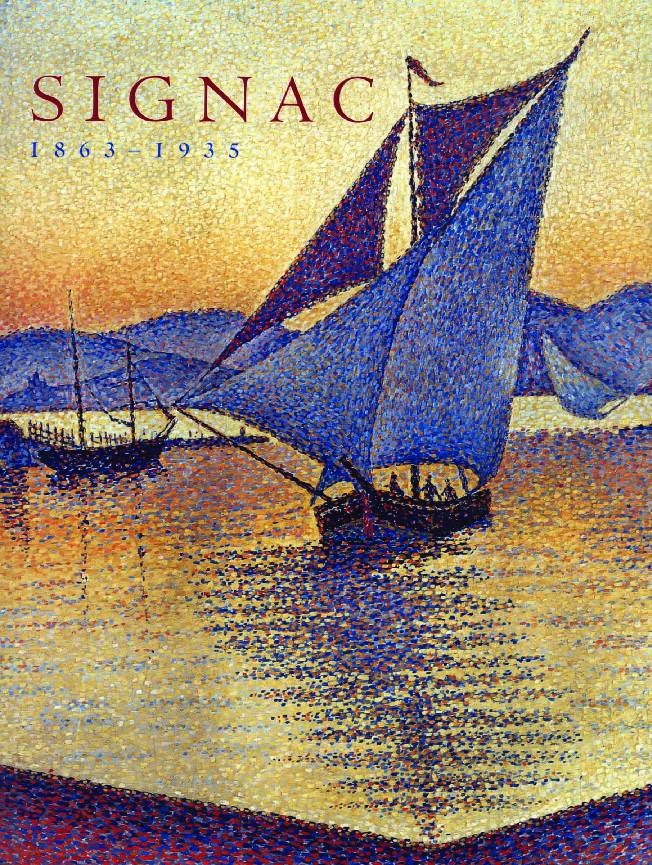 On view at The Metropolitan Museum of Art from October 9 through December 30, 2001, Signac 1863-1935: Master Neo-Impressionist, was the first major retrospective of the artist's work in nearly 40 years. Best known for his luminous Mediterranean seascapes rendered in a myriad of "dots" – and later mosaic-like squares – of color, Signac adapted the "pointillist" technique of Georges Seurat with stunning visual impact. The exhibition featured 121 works, including some 70 oils and a rich selection of Signac's watercolors, drawings, and prints, providing an unprecedented overview of the artist's 50-year career.

Often viewed as "the second man of Neo-Impressionism," Paul Signac (1863-1935) has long been considered an artist of talent in the shadow of the more celebrated Seurat. The exhibition and its accompanying catalogue placed the emphasis squarely on Signac's own personal accomplishments so that the unique character of his oeuvre, his artistic process, and the full range of his activities, relationships, and contributions were illuminated.

The exhibition was organized by The Metropolitan Museum of Art in New York, the Réunion des musées nationaux/Musée d'Orsay in Paris, and the Van Gogh Museum in Amsterdam.

Long overshadowed by his more celebrated contemporary Georges Seurat, Signac created an extraordinary body of work – most remarkable are his shimmering seascapes and luminous views of the French Riviera. In these works of vivid and pulsating color, Signac fully explored and expanded upon the innovations of Seurat's divisionist painting technique creating images with an intensity and expressive power that belong to him alone

Arranged chronologically, the selection of works traced Signac's development from an art based on observation and direct study of nature, through the rigor and optical precision of Neo-Impressionism to a more subjective art based on his own concepts of pictorial and social harmony. Essentially self-taught, Signac's first works, plein-air studies painted in the early 1880s in Paris and its neighboring suburbs, reveal the lessons he absorbed from Monet, Guillaumin, Caillebotte, and other Impressionists whose examples were his starting point.

By the end of the decade, Seurat's art was the crucial catalyst for the evolution of Signac's painting, providing a model for his technique, his manner of working and even, on occasion, the design of his compositions. Notwithstanding Signac's romantic bent, his more tactile brushstrokes and his stronger color contrasts, it was not until the 1890s – after the death of Seurat – that his work fully came into its own. Signac developed a bolder and looser technique, relying increasingly on the dramatic and architectonic play of color. His discovery of "the joy of watercolor" in 1892 – a medium in which, after Cézanne, he was to become the undisputed master in the 20th century – offered a vehicle for a freer and livelier means of expression, one well-suited to his restless, peripatetic lifestyle. In the best of his late works Signac combined the sensual legacy of his first pictures with the cool rationality of Neo-Impressionism to create images of extraordinary chromatic richness and feeling.

"The exhaustively detailed chronology eases the following and understanding of events in Signac's life. This book, the most recent to consider all aspects of Signac's art and life, is highly recommended."

"This beautiful book presents an unprecedented overview of the French Neo-Impressionist artist's art and influence."