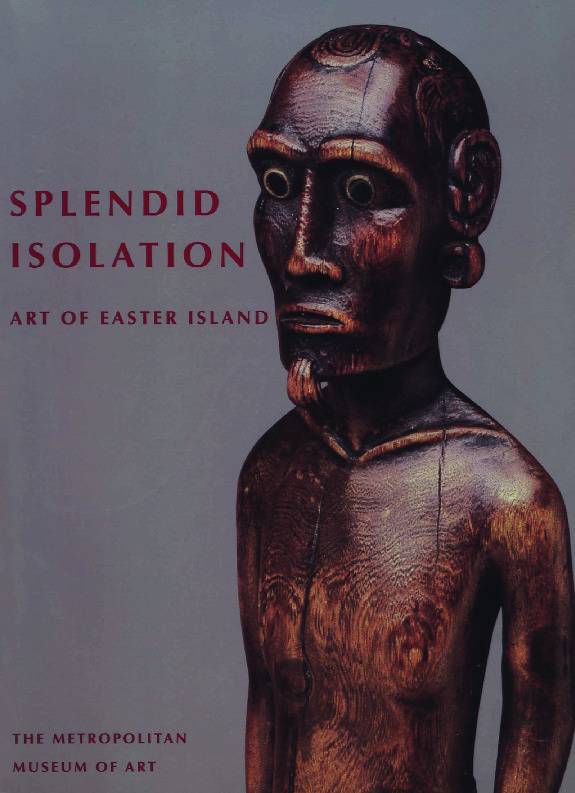 The first American exhibition devoted to the art of Easter Island, this presentation features nearly fifty works that examine the island's diverse artistic heritage. Featuring objects from the Metropolitan's collection as well as loans from museums and private collectors in the United States and Canada—many on public display for the first time—the exhibition explores Easter Island's distinctive art forms as expressions of supernatural and secular power. Dating from the twelfth to the late nineteenth century, the works in the exhibition range from one of the island's renowned stone figures to refined wooden sculpture, rare barkcloth effigies, and examples of rongorongo, the island's unique and undeciphered script.

Few Pacific islands hold as prominent a place in the Western imagination as Easter Island. Now part of Chile, the island lies in the southeast Pacific Ocean approximately 1,400 miles from the coast of South America. The Easter Islanders—who today refer to themselves and their homeland as Rapa Nui—are Polynesians whose ancestors came from the islands of the central Pacific; they share, both culturally and genetically, a common ancestry with other Polynesian peoples, such as Hawaiians, Tahitians, and the Maori people of New Zealand. In the ancient world, the Polynesian voyagers were known as the most accomplished sailors. Their skill in sailing—guided only by the stars, the flight patterns of seabirds, and the form and rhythm of ocean swells—enabled them to cross over a thousand miles of open sea and to discover the island. After settling around 600–800 A.D., the Easter Islanders lived in almost total isolation for more than a millennium until the Dutch explorer Jacob Roggeveen encountered and named the island on Easter Sunday 1722. During this period, they developed a unique series of artistic traditions.

As in other Polynesian societies, wood and stone carving on Easter Island was customarily done by men. Women worked in softer materials such as fiber and barkcloth, a fine, clothlike substance manufactured from the inner bark of certain trees. Although there were no professional artists, artistic skill was recognized and honored within the community and talented individuals were commissioned to create specific works. Focused on religious imagery, their art embodied and signified the supernatural power of the gods and the chiefs who were believed to be their earthly descendants. To harness this power, artists created images of diverse supernatural beings. These images mediated between the divine and human worlds and were used to tap the supernatural power, or mana, of gods and ancestral spirits for the benefit of humanity.