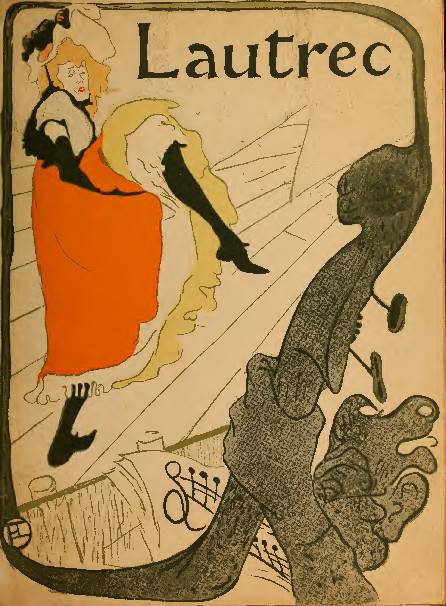 Happily for us the admiration inspired by a great artist lingers, while its cause may dim. It may possibly be because the artist justifies our taste rather than causes it. It is for the harshness of his realism that Toulouse-Lautrec was glorified by his contemporaries, who were also those of "Fille Elisa." At that time Huysmans and Zola were writing on art, and informed public opinion put Toulouse-Lautrec on a par with Raffaelli—another pitiless champion of realism. But time has vanquished realism; has dimmed RarTaelli while Toulouse-Lautrec has come through unscathed. Doubtless because he had more than realism to offer posterity. He had an amazing power of seeing and portraying qualities beyond the real in free combinations of color and arabesques, and that power makes him live today. Let us first consider Lautrec with the eyes of his day. In every way he is a product of his own time — he seems made for it. His own physical handicaps coupled with the moral discouragement of his day, pushed him down so that he was able to revel in life that was low and base. To avoid any deception that might be the outcome of idealism he resorted to what might almost be called caricature.