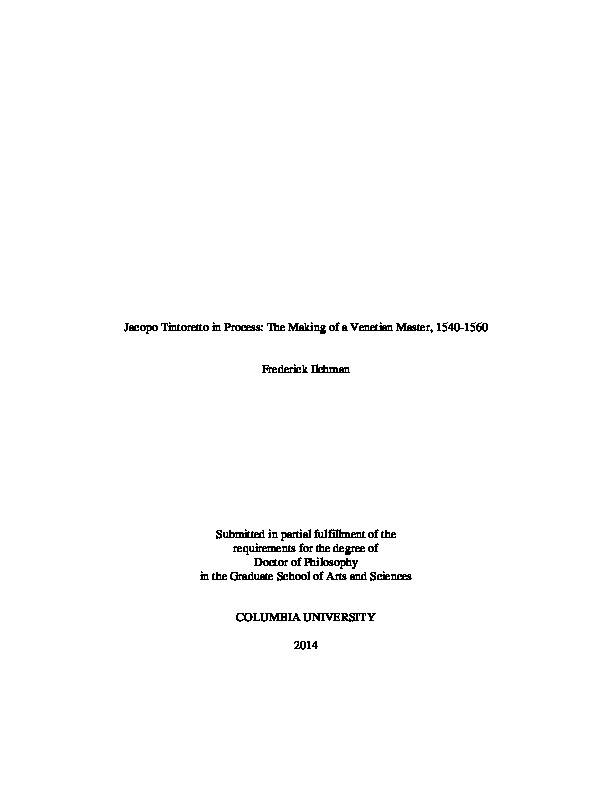 The Last Judgment and the Making of the Golden Calf in the Church of the Madonna dell’Orto in Venice are two of the tallest canvas paintings ever created, each measuring some 14.5 m (47.6 feet) high. At this scale these pictures are clearly statements, made by an artist accustomed to confrontation. Jacopo Tintoretto (c.1518-1594) executed the pair of paintings around 1558-60 for the choir of his neighborhood church, in a commission that he apparently initiated himself, asking payment only for materials. The novelty of their monumentality and indeed their preeminence within Tintoretto’s oeuvre were noted by early biographers. The paintings have received little attention in modern scholarship, however, which has tended to prioritize instead as his greatest accomplishments the Miracle of the Slave (1548) – Tintoretto’s first picture in a series for the Scuola Grande di San Marco – and the dozens of canvases for the Scuola Grande di San Rocco (1564-88). Moreover, the initial paintings for both of these scuola cycles have been regarded in the literature as among the artist’s most pivotal moments, overshadowing his work in the intervening decade of the 1550s, particularly the Last Judgment and the Making of the Golden Calf and a group of important paintings leading up to them. This dissertation argues that, far from being outliers in Tintoretto’s oeuvre, the choir paintings for the Madonna dell’Orto – in their scale, technique, iconography, and personal meaning – should be seen as key steps in the artist’s personal development and public achievement. Moreover, they represent a critical moment of arrival, summing up, in a grand statement of self-promotion, his work of the 1540s and 1550s. These two paintings must also be viewed as Tintoretto’s response to the adversity he endured in the first half of his career. Spurred by his own ambition, faced with the hostility of artistic rivals both old and new, and inspired by an enduring ambition to challenge Michelangelo, Tintoretto initiated the two gigantic choir paintings about the year 1558 to revive a career that had flagged since his triumphant debut with the Miracle of the Slave a decade earlier. An examination of Tintoretto’s biography, the intentions behind and reception of individual pictures, his stylistic and technical development, the influences of critics and fellow artists, together provide for the first time a detailed analysis of the painter’s evolution in the period around the Miracle of the Slave and the dozen years that followed. This is the stage of his career that prepared Tintoretto to take on the challenges of the Scuola Grande di San Rocco and the massive commissions for the Palazzo Ducale. The turbulent decades of the 1540s and 1550s show an artist in process, on the verge of becoming the master who would dominate painting in Venice in the second half of the sixteenth century. 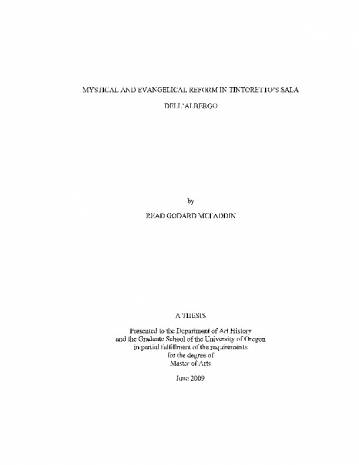