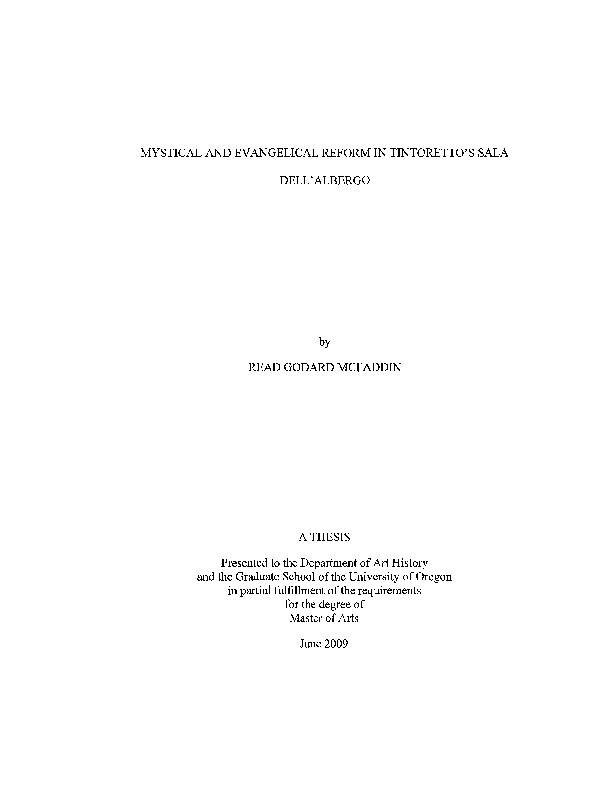 Tintoretto's four-painting Passion cycle in the Sala dell'Albergo ofthe Scuola Grande di San Rocco in Venice has generated dramatic and affective responses from artists and critics since its completion in the late 1560s. While scholars have addressed the cycle's formal qualities that stimulate such responses, the context surrounding the cycle has not been fully explored. The city was a refuge for reformers and the printing center for potentially heretical writing in the sixteenth century. Tintoretto maintained relationships to members ofthe reformist poligrafi, and the Passion cycle responds to the mystical theologies propagated in widely disseminated works from Ignatius ofLoyola's officially sanctioned treatise, Spiritual Exercises, to the more controversial work ofDon Benedetto and Marcantonio Flaminio, the Beneficio di Cristo. This thesis constructs a strong relationship between Tintoretto's work in the Sala dell'Albergo and contemporary mystical and evangelical reformative theology and activity in the city. 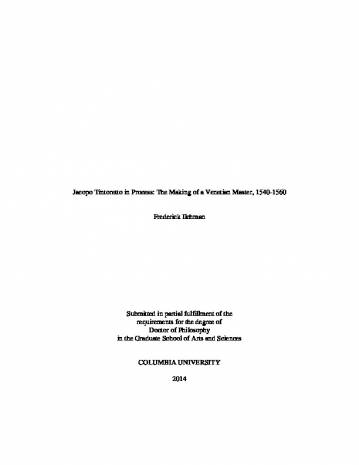