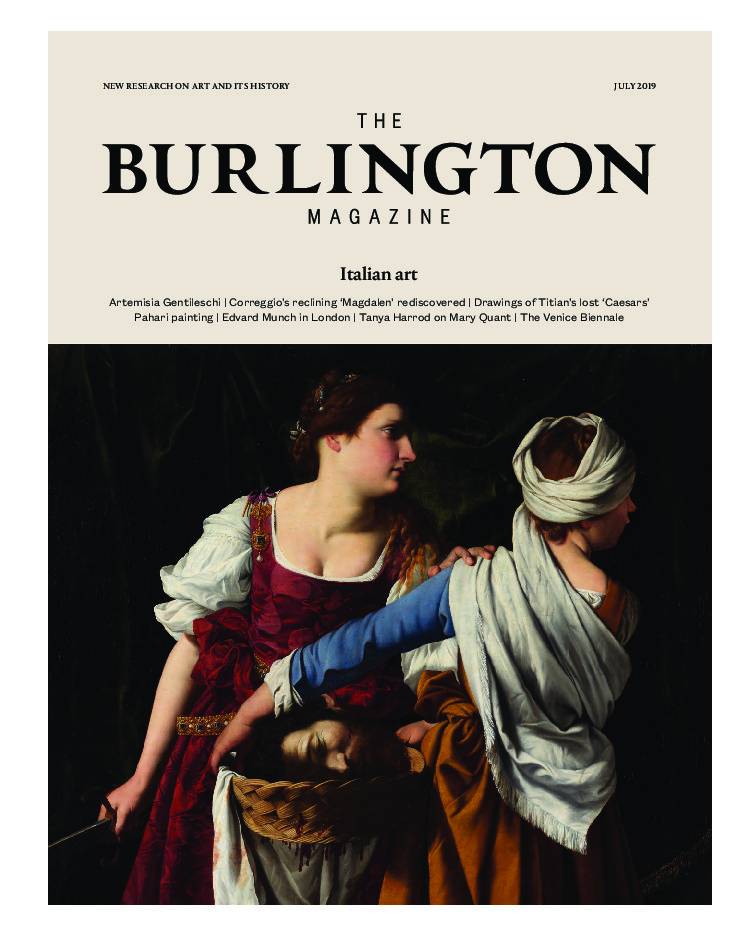 In 1931 Charles Holden was appointed architect of the University of London’s Bloomsbury estate. Its centrepiece, Senate House, was completed in 1937 but construction of the wider scheme was interrupted by war, with the result that only parts were built. Holden’s last addition, completed in 1958, was the Warburg Institute, but even that is unfinished. It was intended to be one half of a building extending the length of Woburn Square, with the other half occupied by the Courtauld Institute, but – partly because of resistance to the demolition of the Georgian terrace on the site the Courtauld would have occupied – the Warburg’s building remained an isolated block. Its reticent forms are typical of the way Holden wove together Arts and Crafts and neo-Georgian elements into his distinctive brand of modernism. In many ways the austere result is characteristic of its architect, whose way of life was summed up by C.R. Ashbee’s wife, Janet, in 1906: ‘bananas and brown bread on the table; no hot water; plain living and high thinking and strenuous activity for the betterment of the world’.1

The building exemplifies a twentieth-century British interpretation of historical traditions that both complements and contrasts with the Institute it contains, a German creation devoted to the study of images as a way to understand the survival and transmission of culture across time and space. Aby Warburg (1866–1929), who founded the library that lies at the Institute’s heart, was an idiosyncratic proponent of nineteenth-century Kulturwissenschaft. No less high-minded than Holden, he too sought ways to understand the relationship of tradition to modernity.

Warburg’s family moved his library and photographic collection from Hamburg to London in 1933 and the Institute was transferred to the university in 1944. The relationship was amiable until 2008, when the university decided to centralise its research libraries under a single administration and impose a large service charge on their buildings. This proposal was a grave threat to the Warburg’s independence.2 The dispute eventually led to the Attorney General seeking clarification in the High Court of the terms of the deed transferring the Institute’s collections to the university. The result was a vindication for the Warburg: in 2014 it was ruled that the university had a binding obligation to maintain the Institute in perpetuity as an independent unit.

Resolution of the legal case has had happy consequences. Most significantly, the university has allocated £9.5 million for repairs and improvements to Holden’s long-neglected building. This will pay for the replacement of the glass roof on its top storey, the former premises of the Courtauld Gallery, which is used by the Slade School of Fine Art. The book stacks will be refurbished with improved climate control and additional space for twenty years of growth, and a purpose-built home created for the archive collections. Admirably, the building will remain open throughout the two years of work, which will start in September 2020. The architects are Haworth Tompkins, who were responsible for the ingenious remodelling of the London Library, completed in 2013.

In 2017 Bill Sherman was appointed Director of the Warburg. Previously Director of Research and Collections at the Victoria and Albert Museum, London, he brought to his new job the experience of the V. & A.’s Masterplan, which demonstrated how changes to a building can be used to make changes to an institution. He has initiated an ambitious ‘Warburg Renaissance Project’, which will use the improvements to the building as the basis for a major development of the Institute’s character and activities.

This will be achieved in part by expansion. The building’s internal courtyard will house a new lecture theatre, increasing the audience capacity for lectures from eighty to 140. Enlargement of the seminar rooms and improvement of the spaces for group study will allow the Warburg to take more M.A. and Ph.D. students and provide greater capacity for short courses and summer schools. The double-height ground floor will be remodelled to provide a space for exhibitions and a café – on central European lines, it is to be hoped, and so with more than brown bread and bananas on offer.

These developments are based on a feeling that the Warburg is not simply an incomplete building – it has an incomplete mission. With the transfer of the library and collections to London, Warburg’s conception of the Institute as a place for display as well as research was soon left behind. Despite the fact that one of the M.A. courses taught there (with the National Gallery, London) is Art History, Curatorship and Renaissance Culture, the Institute has no space for the students to curate. Artists have often responded more enthusiastically than art historians to Warburg’s understanding of images, yet although the Slade occupies the Institute’s top floor, little has been done to engage artists with its activities. The enlarged building, as well as providing for exhibitions, will also be able to accommodate resident artists, musicians, translators and creative writers.

An essential element of the new emphasis on display will be giving permanent room in touch-screen form to the summation of Warburg’s work, the Bilderatlas Mnemosyne, a long sequence of photographic images of works of art that traces the migration of visual symbols from Antiquity to the present. This will be reconstructed using original materials for the first time since the 1920s in a joint exhibition (opening April 2020) with the Haus der Kulturen der Welt, Berlin. It is envisaged that the Bilderatlas project will expand beyond the one thousand images chosen by Warburg to the digitisation of the 400,000 images in the Institute’s photographic library. In a separate project, over the next five years sixteen post-doctoral fellows will work with Warburg’s materials on one of his central concepts, Bilderfahrzeuge, or ‘image-vehicles’, examining the way that images move across time, place and cultures. This has been funded by a grant of €6.3 million from the German Ministry for Education and Research.

The Warburg Renaissance Project will cost £5 million on top of the university’s £9.5 million grant. To date, £1 million has been pledged, from the Hermann Reemtsma Foundation, Hamburg, and other donations are anticipated. It will be interesting to see what proportion of the funds is raised within the United Kingdom, where arguably the Institute is less well known than it is in the rest of Europe. It is debatable whether that is a result of supposed British parochialism or the way the Institute has in the past been focused on a specialised community. If the Warburg Renaissance Project is the success that it promises to be, the result will be an institution that will not only attract new funding and new audiences but also offer a closer engagement with Aby Warburg’s intellectual legacy.3

3 For more information on the project and details of how to donate, see https://warburg.sas.ac.uk/support/warburgrenaissance, accessed 17th June 2019.