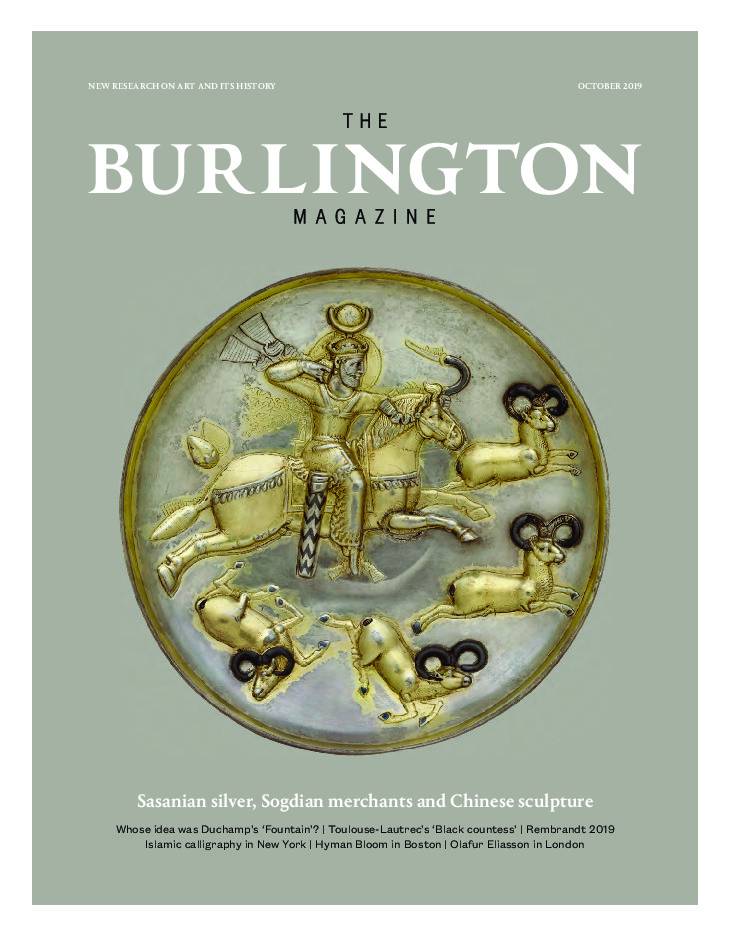 EDITORIAL
Powering down in Sydney

Sydney’s museums and art galleries are going through a period of upheaval. In August the Australian Museum, the oldest public museum in the country, closed for a year, principally to allow storage areas to be converted into new galleries for exhibitions. In early 2020 an even more venerable building, the convict barracks of 1811–19, which forms part of the UNESCO World Heritage Site on Macquarie Street, will reopen after a year’s closure during which the museum it houses is being transformed into ‘a new immersive visitor experience’.

Even these substantial projects are outshone by the saga of the extension of the Art Gallery of New South Wales. Known confusingly as ‘Sydney Modern’ (it is entirely separate from the city’s Museum of Contemporary Art), this will provide galleries for temporary exhibitions as well as the museum’s contemporary and indigenous art. A stand-alone building, it will occupy a site in the Royal Botanic Garden to the north of the museum that includes the roof of a decommissioned Second World War oil store, part of which will be converted into gallery space. When announced in 2013, the building had a budget of AUS$400 million, revised upwards by $50 million a year later.

In 2015 the commission was awarded to the Japanese architects SAANA, who had to scale back their design when two years later the budget was reduced to $344 million. Suspicions that this level of funding was inadequate were reinforced when the contractors withdrew. Nonetheless, in September it was announced that a new contractor had been signed up, that the existing budget was confirmed and that construction will begin later this year, although the building cannot now be finished in time for the Art Gallery’s 150th anniversary in 2021, as originally hoped. 2022 has been pencilled in.

In other times for the city’s museums such problems might have loomed larger were it not for the bitter controversy that has overwhelmed the Powerhouse Museum, which, it now seems certain, is to be moved by the Government of New South Wales out of the centre of Sydney to the western suburb of Parramatta, fifteen miles away.

Together with the city’s observatory, the Powerhouse Museum forms the Museum of Applied Arts and Sciences, one of the many institutions founded in the nineteenth century on the model of the South Kensington Museum, London. It contains the principal public collection of historic decorative arts in New South Wales, which are seen not in the context of the fine arts (like the equivalent collections in Victoria and South Australia) but in that of technology and manufacturing. Since 1893 the museum has been in the inner western suburb of Ultimo, close to Darling Harbour. In a pioneering move, the turn of the century Ultimo Power Station and adjacent tram depot were converted into a much-admired home for the museum, opened under its new name in 1988.

For the past two decades, the Government of New South Wales has been developing Parramatta as a metropolitan centre. From the outset its ambitions for the suburb included a new cultural quarter, of which a museum would form part. Several candidates have been suggested: a museum of migration, perhaps, or one for indigenous and Pacific cultures, either of which would be appropriate for such an ethnically diverse neighbourhood.

However, in 2014 the Government rejected such ideas in preference for moving the Powerhouse Museum into a new building in Parramatta. The objections were obvious. The chosen site – on the banks of the Parramatta River, in an area prone to flooding – is smaller than that in Ultimo. The cost of the move, together with that of a new building (needless to say, the Government wants an ‘iconic’ building by a star architect), is astronomical – over one billion dollars. Part of this will be met by the development of Government land close to the Parramatta site as a sixty-storey tower of apartments and partly by the sale of the highly valuable Ultimo site, with the exception only of the power station building, which is to become an as-yet undefined ‘cultural hub’.

In the face of passionate protests, the proposal was examined as part of a  parliamentary enquiry into museums and galleries in New South Wales.(1) Its report, published in February this year, could hardly have been less equivocal:

The committee has recommended that the NSW Government not proceed with the relocation of the Powerhouse Museum from Ultimo to Parramatta. Instead, the NSW Government should focus on restoring the Powerhouse Museum at Ultimo, by providing a significant injection of funding for refurbishment and expansion. In terms of plans for Western Sydney, the NSW Government should consider establishing a Museum of Applied Arts and Sciences satellite site, and/or establishing a world class cultural institution in Parramatta that reflects its own extraordinary history.(2)
Nonetheless, the Government set the report aside and announced that the Powerhouse’s main building would close in July 2020, followed by the exhibition galleries in June 2021, leaving the museum without a physical home until its new building opens, supposedly in 2023. Even people who might have been prepared to consider a properly argued case for the move have been shocked by the Government’s intransigence in brushing its critics aside. Its behaviour has been facilitated by the museum’s antiquated governance, which severely constrains the trustees’ independence.

To the outsider visiting the museum today, it all seems so sad and unnecessary. In 2015, in an admirable redevelopment inspired by Manhattan’s High Line, a former freight line running from Central Station to Darling Harbour was remodelled as an attractive urban walkway known as the Goods Line. It passes not only the Powerhouse but also buildings for the Australian Broadcasting Corporation, the Ultimo campus of TAFE New South Wales (a centre for vocational education) and Frank Gehry’s business school for the University of Technology. This ideal, accessible setting at the centre of a youthful, lively educational and media community makes it all the more shameful that the Powerhouse Museum is now to be so pointlessly and wastefully uprooted.

1. For the case made by the objectors, see https://powerhousemuseumalliance.com/, accessed 16th September 2019.