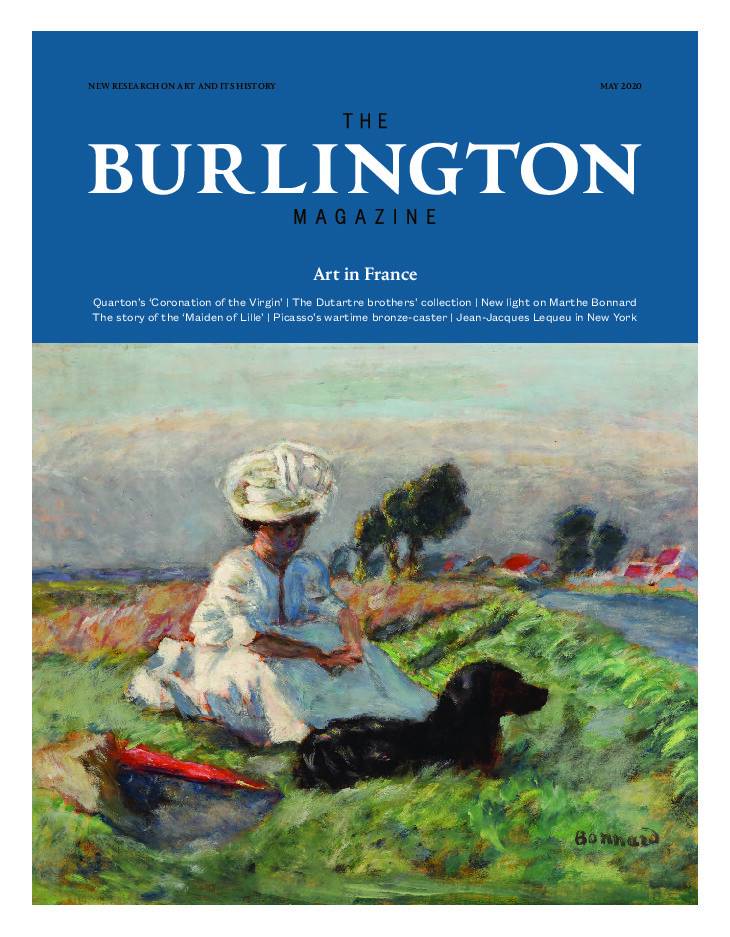 Raphael and his cult

There is an unhappy irony in the fact that five hundred years after Raphael died of a fever at the age of only thirty-seven, the global covid-19 pandemic has brought to a premature end so many of the exhibitions that have been staged to mark the anniversary. The sole consolation is that a number of the museums affected have replaced the physical shows with digital ones. In particular, it is possible to take a thirteen-minute virtual tour of Raphael at the Scuderie del Quirinale, Rome, which closed only four days after opening on 5th March. Within three days of the tour being launched on the Scuderie’s YouTube channel it had been viewed 340,000 times. Anyone who missed Raphael and his Circle at the National Gallery of Art, Washington, which was due to run until 14th June, can enjoy the video tours and audio talks on the Gallery’s website. In Munich, the Alte Pinakothek has mustered its online resources to take the place of Raphael 1520–2020, scheduled for 7th April to 1st November.

There is an argument for saying that to understand Raphael’s modern reputation, the exhibition in Munich rather than that in Rome would be the place to start since his place in the canon of Western art owes so much to German collectors and scholars. The centrepiece of the Munich exhibition was to have been the first major work by the artist in any German collection, the Canigiani Madonna, which was given by the Grand Duke of Tuscany to the Elector Palatine Johann Wilhelm II in 1697, and has been on display in Munich since 1806. Raphael’s status was sealed with the purchase by Augustus III, Elector of Saxony – for what was then the highest price ever paid for a painting – of the Sistine Madonna in 1754. Following its installation in the royal palace at Dresden, the altarpiece became the most famous work of art in Europe and it remains one of the most instantly recognisable, although today that is thanks more to the cherubs lounging at its foot than to the celestial vision of the Virgin and Child at which they gaze.

Following the acquisition of the Sistine Madonna almost every princely collector or public gallery wanted a major work by Raphael. If none was available then reproductions were commissioned. Among the most ambitious examples of a collection of copies of Raphael’s works is the one formed by Friedrich Wilhelm III of Prussia, which in the 1850s was installed in a specially designed gallery in the Orangerieschloss, Potsdam. The knowledge required to assemble such a display was derived from the academic study of Raphael, which was largely a German innovation: one of the founding classics of the modern discipline of art history was J.D. Passavant’s Rafael von Urbino und sein Vater Giovanni Santi, the first volume of which was published in Leipzig in 1839.

In England, Passavant’s book gave Prince Albert the idea of forming a collection of reproductions of all Raphael’s works, including drawings. This project, completed after his death in 1861, eventually amounted to 5,400 prints and photographs, still housed in the Royal Library at Windsor Castle. Albert enlisted his wife’s help in ordering the collection on the complex lines of Passavant’s book. ‘We dined alone & were again employed almost the whole evening in going on with the arrangement of the Raphaels & really did make some progress’, wrote Queen Victoria in her journal with some feeling in 1853.1 The couple’s admiration for the artist was so great that when they added a ballroom to Buckingham Palace they asked for a copy of Raphael’s Parnassus to be painted above the thrones.

It was no surprise, therefore, that when in 1862 the Queen commissioned the great mausoleum at Frogmore, near Windsor, that was to house her remains as well as those of her husband, she wanted its decoration to be based on Raphael’s works. Designed by Prince Albert’s former adviser on art, Ludwig Gruner – who had supplied illustrations for Passavant’s book – the Royal Mausoleum incorporates large paintings after Raphael by the Italian artist Nicola Consoni (1814–84). In the 1860s he was dubbed the ‘Raffaello dell’Ottocento’ as a result of his decoration for Pius IX of a loggia in the Vatican in the style of Raphael. It may seem odd that Consoni should simultaneously have worked for the Pope and the supreme governor of the Church of England, but the cult of Raphael transcended denominational as well as national boundaries.

The reasons for that are not solely bound up with academic art history or even admiration for Raphael’s religious art. A clue about the nature of the nineteenth-century worship of Raphael is provided by the strange tale of the Maiden of Lille, which is set out in an article in the present issue by Laurence Riviale (pp.404–11). When this wax head entered a public collection in Lille in 1834 it was acclaimed as a masterpiece by Raphael. It is not entirely clear why his name should have been attached to it – his known involvement with sculpture is limited to some designs, none of which bears any resemblance to the Maiden – but it is unlikely that anyone would have taken the attribution seriously if the bust had not represented an attractive young woman. The sweetly sentimental image it projects stands in a tradition that goes back to Raphael’s lifetime. He was admired by his contemporaries for his kindness, piety and good looks, which led to him being compared with Christ – much was made of the fact that he died on Good Friday – yet he was also known to have been an eager admirer of feminine beauty; according to Vasari, the fever that carried him off was caused by excessive love-making.

For the nineteenth century that made him a far more approachable figure than Vasari’s other great heroes, Leonardo and Michelangelo, neither of whom has much to offer in terms of heterosexual romance. Raphael’s susceptibility to women prompted at least one major Victorian work of art, Robert Browning’s ‘One Word More’, published in 1855. Addressed to his wife, Elizabeth Barrett Browning, it takes as its theme a lost collection of sonnets that Raphael, who ‘only used to draw Madonnas’, was believed to have written to ‘his lady’. Browning’s poem encapsulates an image of Raphael that has faded today, a mixture of religious seriousness with romantic sensuality that deeply appealed to nineteenth-century taste, as the Maiden of Lille so clearly demonstrates.

By the late twentieth century public taste had shifted away from Raphael’s polished elegance towards the art of the quattrocento on the one hand and the less ingratiating complexities of Leonardo and Michelangelo on the other. Nonetheless, Raphael’s name is still one that draws crowds, and the National Gallery, London, must be hoping that the pandemic will have ebbed sufficiently for its own long-planned Raphael exhibition to open on 3rd October as planned. Until then, we can at least enjoy the many digital resources on offer that are disseminating his art to an even wider audience than copies did for earlier generations of his admirers.