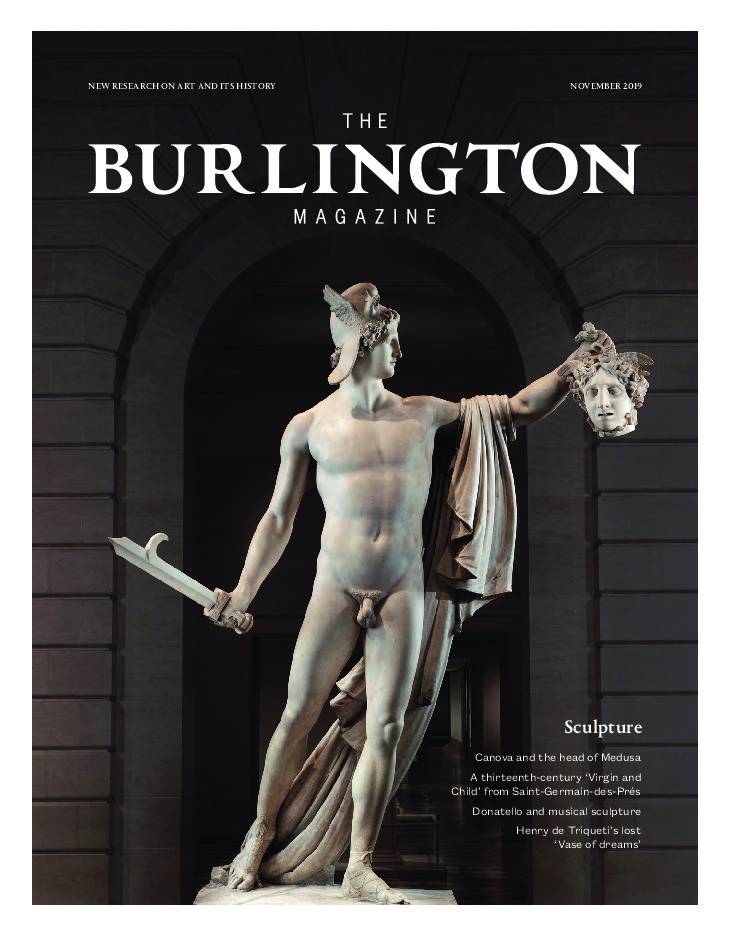 Lawyers are familiar with the phrase ‘the dead hand shall not rule’, which expresses the belief that testators should not be able to impose terms that control what will happen to their bequests long after their deaths. The phrase is frequently applied to a different sort of issue, the conditions on which a gift is accepted from its donor. This has often been a contentious issue for museums and galleries. To take two well-known examples: when in 1922 Albert C. Barnes created the foundation that would take ownership of his spectacular art collection, he specified in its charter that it was to remain as he had arranged it in its original home in Merion, a suburb of Philadelphia; and when William Burrell left his art collection to the city of Glasgow in 1944 he imposed a condition that none of it could be loaned abroad. In 2004 the Barnes Foundation’s trustees won legal permission to move the collection to a new building in the centre of Philadelphia and in 2014 the trustees of the Burrell Collection successfully sponsored a private act of parliament to set aside the founder’s prohibition on overseas loans.

Both these cases – which aroused strong objections at the time – made it clear that when it comes to overriding a donor’s wishes, museums and galleries usually get their way. On the few occasions when they do not, the consequences for a collection can be serious. In 1932 the Brooklyn Museum accepted a large bequest of works of art from Michael Friedsam, chairman of the department store B. Altman & Co., on the condition that anything not wanted by the museum must be passed to the childless Friedsam’s nominated heirs. In 2013 the Manhattan Surrogate’s Court rejected the museum’s petition for permission to deaccession a substantial proportion of the bequest deemed to be not of museum quality because the consent of the descendants of those heirs had not been obtained – a challenging if not impossible task.

Last month it was announced that the Wallace Collection, London, had been authorised by the Charity Commission to abandon the rule it has followed since it was opened in 1900 that it does not lend works of art. This restriction was based on an interpretation of a clause in the conditions attached to the bequest of the collection to the nation by Sir Richard Wallace’s widow: it was, she specified, to be ‘kept together, unmixed with other objects of art’. Since – unlike such collectors as Barnes or Isabella Stewart Gardner – she was not concerned with precisely how the collection would be arranged after her death, it seems almost certain that this condition was intended to forestall any move to break it up by, for example, handing over the paintings to the National Gallery or the arms and armour to the Victoria and Albert Museum, as the directors of those institutions would no doubt have liked. Moreover, far from having any known objection to loans, she and her husband had throughout their lives been generous lenders from the collection.

Nonetheless, Lady Wallace’s words have ever since been taken to be a prohibition on lending, to which the trustees have adhered, despite the fact that a much less ambiguous condition imposed by her was immediately waived, that the government should erect a building to house the collection – she did not anticipate that it would be exhibited in the Wallaces’ old home, Hertford House in Manchester Square, where it remains. In the 1980s the then director John Ingamells raised the question of whether it might be possible to start lending works, but the trustees decided to maintain the status quo, principally on the grounds that the collection did not then have the necessary infrastructure to deal with loans. Although the Wallace has since 1992 been governed by the terms of the Museums and Galleries Act, which says nothing about lending, no further attempts were made to abandon the rule until this year.

It is becoming increasingly uncommon for museums to maintain a policy forbidding them to lend and even those that do, such as the Frick Collection, New York, and the Fitzwilliam Museum, Cambridge, restrict the policy to their founder’s collection. That is not an option for the Wallace, since it is a closed collection, which cannot (except in very limited circumstances) acquire or deaccession works. Nonetheless, the Wallace’s change of heart has attracted criticism: a former chair of its trustees, John Lewis, published a letter in the Times on 5th October accusing the present trustees of being in breach of trust. There are two principal objections to the trustees’ action: first, that potential benefactors to the nation will be deterred by seeing the wishes of a donor set aside in this way, and second, that lending works of art is inherently undesirable.

The first objection was aired in 2002 when the Mond family somewhat belatedly protested about the way that the National Gallery, London, has ignored the wishes of Ludwig Mond, who in 1909 bequeathed his old masters to the gallery on the condition that they were kept together in a single room, whereas from the 1940s the gallery has distributed the paintings throughout the collection. Yet although it is reasonable to expect a museum to honour the wishes of a donor, the reality is that very few would now accept a gift on such terms. The exceptions demonstrate why they are right to be cautious: in 1969 the Metropolitan Museum of Art, New York, accepted the bequest of Robert Lehman’s 2,600 works of art on the condition that they be kept together and exhibited as though they were a private collection. The museum responded handsomely by building a new wing to house it, but as time has passed the raison d’être of keeping the Lehman Collection together in its own space seems ever less compelling.

Reasonable objections to the way that certain old master pictures seem to spin on a global cycle of exhibitions is not an adequate reason for a rule that there should be no loans at all. The Wallace will no doubt have to deal firmly with any number of requests for the Laughing cavalier or the Dance to the music of time, but there will be no more risk to those paintings than there is in a loan by the National Gallery of a painting by Frans Hals or Nicolas Poussin. Conceivably, it could now lend Titian’s Perseus and Andromeda to Titian: Love, Desire, Death at the National Gallery in 2020, from which its absence seemed so regrettable when the exhibition was announced. From a scholarly point of view, the prohibition of loans has in many ways been a disadvantage, to which Claudia Kryza-Gersch alludes in her review in this issue (pp.962–63) of Jeremy Warren’s magisterial catalogue of Italian sculpture in the Wallace Collection. Objections to lifting the prohibition must also take into account the economic reality of an institution that has no endowment and in 1992 received ninety per cent of its funding from the Government but now receives only forty per cent and has not been able to stage exhibitions for which it can charge. Encouraging more visits, and in particular more repeat visits, is a priority. We await with some excitement the announcement of the exhibition programme that the Wallace’s new ability to lend, and hence to borrow, will facilitate.